Learn how to capture the special Hisuian forms of Pokémon like Growlithe, Electrode, and Zorua.

Pokémon Legends: Arceus is positively teeming with monsters to capture. But unlike most of the other entries in the Pokémon series, this adventure takes place in an ancient era of the Sinnoh region known as Hisui. As such, it's home to a variety of early evolutions of familiar Pokémon you've likely seen throughout the rest of the titles. You can capture these unique creatures in all their glory if you so choose (and why wouldn't you as a burgeoning Pokémon master?), but you need to know the right way to go about it before setting off on your adventure.

Don’t worry. We’ve got your back. Here’s how you can go about finding and capturing three of the more desirable Hisuian Pokémon in Pokémon Legends: Arceus: Growlithe, Zoroa, and Electrode. Be sure to add them to your collection and integrate them into your party for some targeted strengthening for the ‘mons you already have.

How to catch Hisuian Growlithe 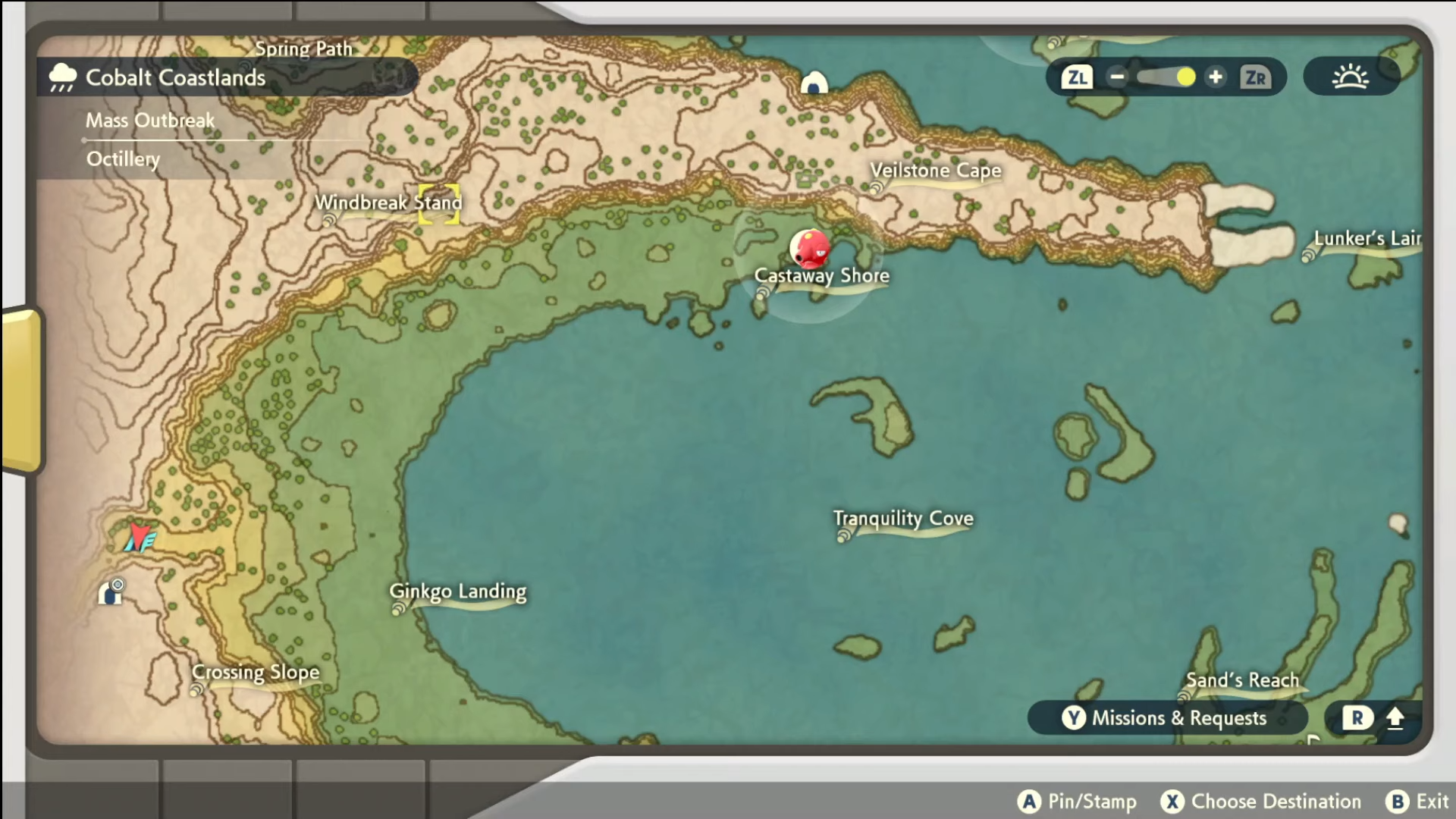 Growlithe and its evolutionary form, Arcanine, are Fire-type Pokémon with excellent well-rounded Attack, Special Attack, and Speed stats. They're beloved among Pokémon players who enjoy onslaughts of Fire-type moves to stay on top of the game, but they weren't privy to their own regional form or additional typing until Generation 8, with Pokémon Sword and Shield.

Now, in Pokémon Legends: Arceus, Hisuian Growlithe is readily available if you want to add one to your collection. This iteration of Growlithe has bolstered HP and Attack stats, but takes a bit of a hit in terms of Special Attack and Speed as a result. It's a useful addition to any squad, though, and it's oh so cute, if that matters. To capture one, you'll first have to have tamed both the Noble Kleavor and Noble Liligant. Once that's done, Kamado will send your character on a trip to the Cobalt Coastlands in an effort to assist the Pearl Clan. 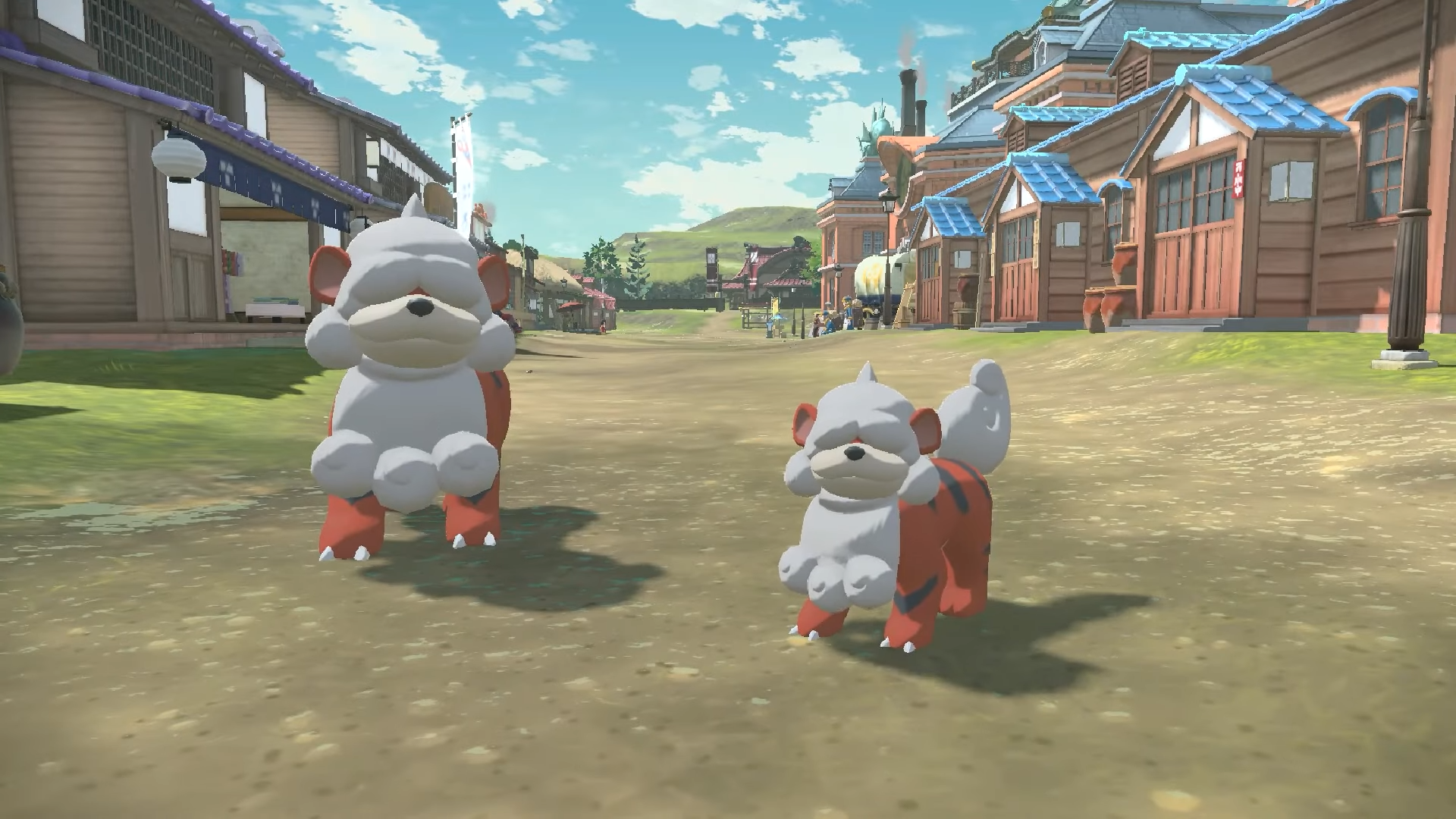 While there, you'll want to visit the Windbreak Stand, as there's a larger concentration of Hisuian Growlithe there, as well as a higher possibility of finding an Alpha Growlithe, which is an even bigger grab than the vanilla form of the Pokémon.

Search around Windbreak Stand until you see a Hisuian Growlithe. It's easy to spot, because it looks nearly identical to its normal form, but with an abundance of white fluffy fur covering its face. Its tail is also quite poofy, both traits the Growlithe we know and love today don't quite share.

Approaching the Hisuian Growlithe directly isn't a great idea, as it will get spooked and run if you try too hard to grab it this way. One simple method you can use is keeping it distracted with Berries. If you manage to toss a Berry at the Growlithe, be sure to crouch and sidle up to the Pokémon, then toss a Heavy Ball.

You should find that this is a pretty effective way to grab Growlithe, but if you end up needing to retry, you can always flee on your Wyrdeer and come back once the Growlithe can no longer see you. Then it's all about trying again until you succeed. Once you've captured a Hisuian Growlithe or two, you can evolve it at Level 10 into Hisuian Arcanine by way of a Fire Stone. Grab one of those by swapping Merit Points (MP) from the Trading Post in Jubilife Village for a quick evolutionary fix. Then you’ll get Pokédex points for both monsters!

How to catch Hisuian Zorua

The fox-like Zorua makes an appearance in Pokémon Legends: Arceus, and it looks vastly different than its Unova version, first seen in Pokémon Black and White. But its unique Hisuian properties go beyond its aesthetic changes. In addition to its drastic appearance shift, it's also changed type from Dark to Normal and Ghost.

Because Hisuian's Zorua has such a special mixture of types and traits, it's an incredibly useful addition to your team, given that it's immune to Ghost-type attacks, something you'll appreciate. But it can be a bit difficult to track one down, as you must head to the Alabaster Icelands if you want one. That may sound easier said than done, but Alabaster Icelands is one of the final areas you'll unlock before completing the main Pokémon Legends: Arceus. With that said, there will be a bit of a wait to capture Zorua. 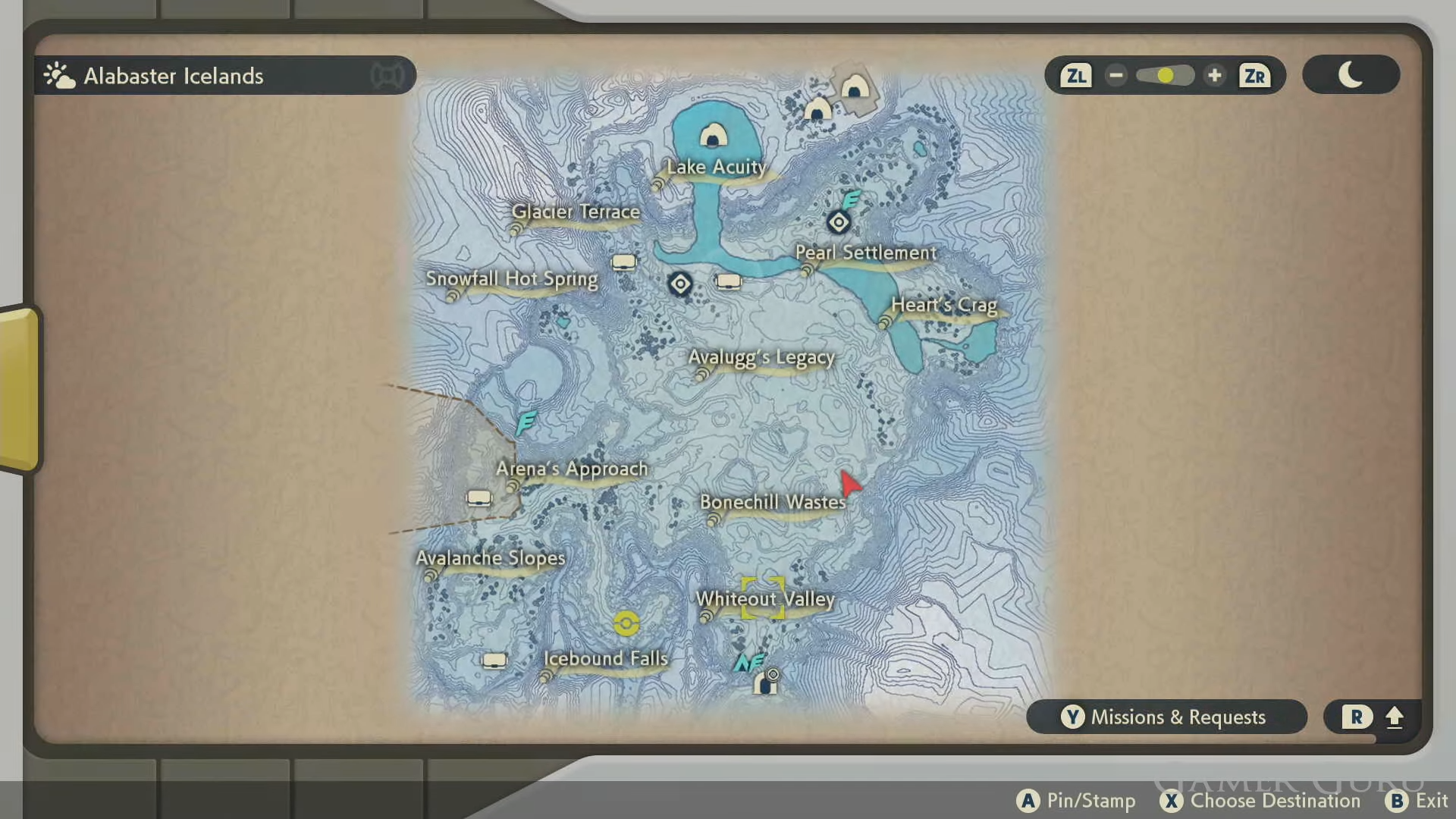 If you have access to Alabaster Icelands, navigate there and check out the underground tunnels seen in Bonechill Wastes. You should find a few Hisuian Zorua there that spawn in each time you re-enter the area. Once you happen upon one, there's no real way to avoid a battle. You'll need to make sure you go into it prepared, because tossing a simple Poké Ball won't be enough to bag a Zorua. You'll have to stock up on Ultra Balls for this battle and use your strongest Pokémon. 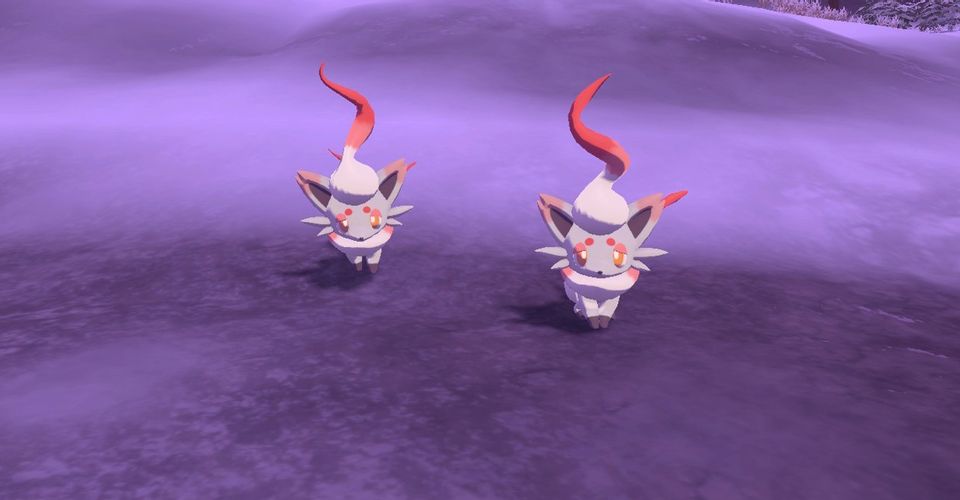 There's no real snappy strategy for winning this battle. Just do your best and fight hard, and make sure you throw enough Ultra Balls to ensure you snare the Zorua for yourself. Once you've bagged the Pokémon, be sure to train it with the rest of your monsters, as you can add a Hisuian Zoroark to your Pokédex when it grows to level 30.

How to catch Hisuian Electrode

Catching Hisuian Electrode is a bit of a funny proposition, because to do that, you need to first capture a Hisuian Voltorb. It's also strangely funny, because Poké Balls look a lot different in the Hisui region. You have to remember, of course, that these games predate the first Pokémon entries, of course. As such, the Hisuian Voltorb and Electrode have a wood-like aesthetic that might make you question the bounds of Pokémon evolution. 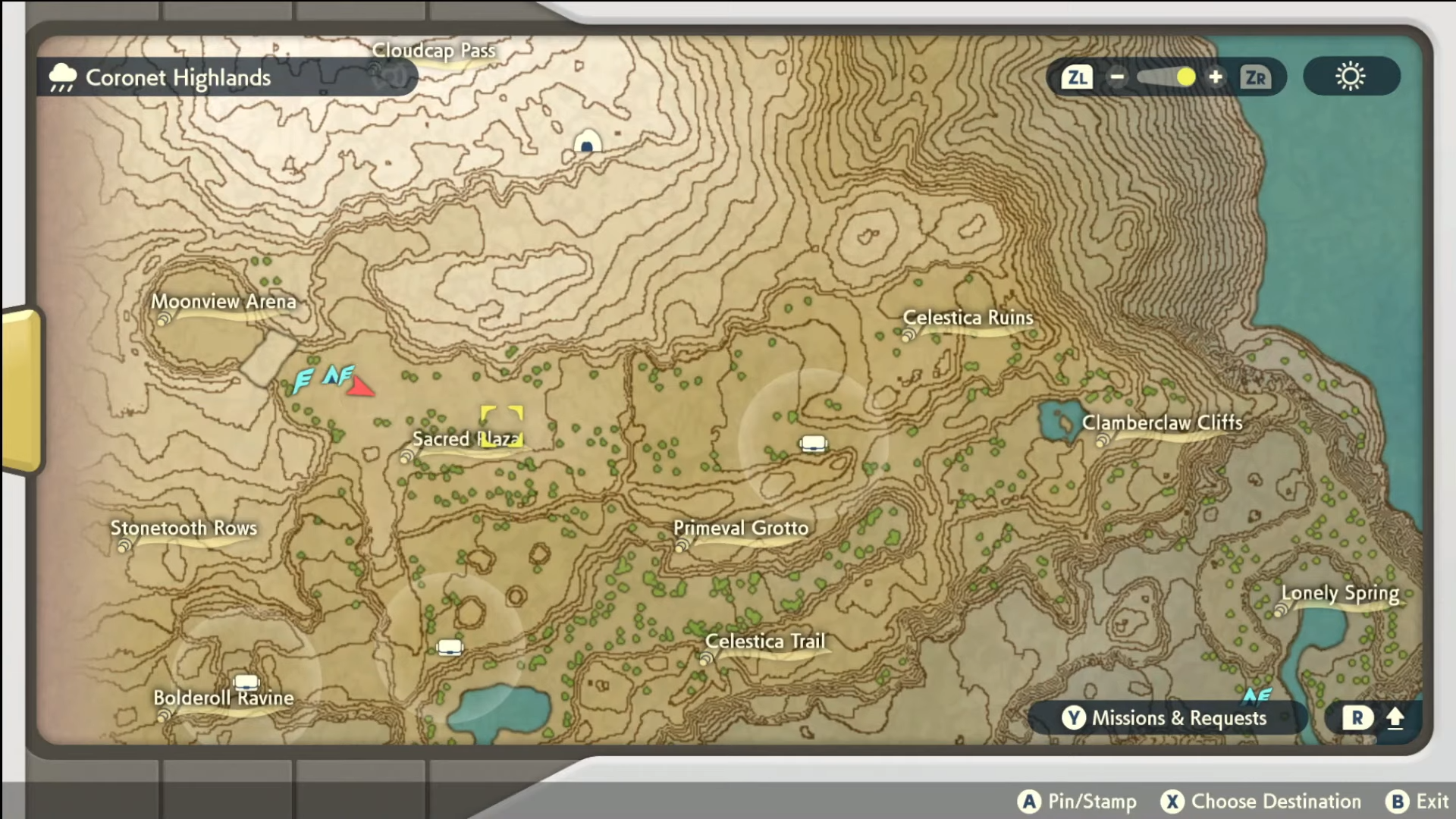 To capture a Hisuian Voltorb, which will evolve into a Hisuian Electrode, you need to head to the Obsidian Fieldlands, and then make your way to the Sacred Plaza area. Hisuian Voltorbs are quite plentiful there, and you should see a good number of them zipping about. There's nothing too difficult about tossing Poké Balls at them or entering into battle, but keep in mind that a Fire-type Pokémon works best when having to capture them the hard way. And many of them will fight you. 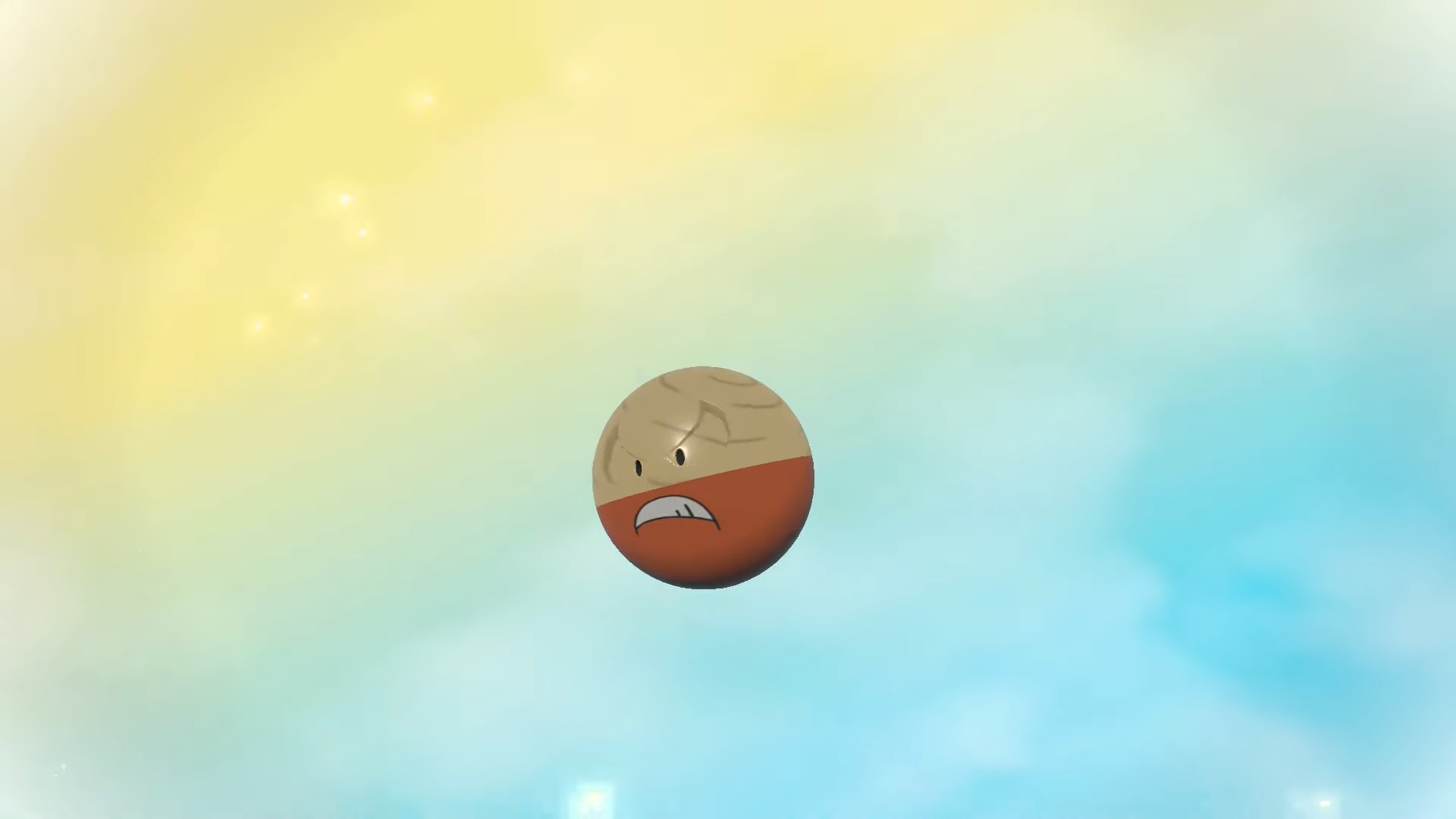 Here's where things might be a little confusing, at least for players who spent a lot of time in the older Pokémon games. While Hisuian Voltorb is an Electric-type, as is usually the case, Hisuian Electrode is Electric- and Grass-type. That's bizarre on its own, but even stranger is that you need to use a Leaf Stone to evolve Voltorb into Electrode. Previously, you would use a Thunder Stone. with that in your inventory, you'll be able to add both Pokémon to your Pokédex. Easy!

That covers those three Pokémon, but there are still plenty of secrets waiting for you in the Hisui region. Be sure to check back here for more assistance when it comes to becoming a Pokémon master, once more!